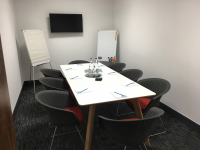 How well is our sector governed?

The third article of a series of commentaries on the size, shape

and health of the Voluntary Sector in New Zealand

Every registered community organisation needs a ‘governing body’ – those responsible for ensuring that the organisation operates; key decisions are made and carried out; and comments authorised. In current parlance, these people are Trustees. But what qualifies them for their role and how well are they performing?

So far in this series, we have identified the sheer size of the Voluntary sector in New Zealand and the rates by which Charities grow and die. In this column, we will focus attention on those people responsible for governing organisations and the strengths and weaknesses inherent in their role.

At any one point in time, there are over 200,000 Trustees of Registered Charities. Some of course (almost exactly one quarter actually), are trustees of more than one Charity, so there are more accurately around 176,000 individual adult New Zealand citizens fulfilling a role as a Trustee. That’s almost 1 in every 20 New Zealand adults!

Collectively, those trustees oversee assets worth $50 billion – yes, billion – and combined annual income of over $17 billion (of which more than $3 billion is sourced from fundraising endeavour). They also preside over the employment of over 274,000 paid staff; and more than 440,000 contributing volunteers.

Collectively, these people carry a lot of clout and influence. Equally, they shoulder significant responsibility.

So, from an effectiveness, efficiency and impact perspective, how well do they do?

One immediate conclusion we can draw is that because New Zealand has the highest density of Registered Charities in the western world, we need far more Trustees per capita than applies elsewhere – Australia, USA, Canada or UK for instance. That automatically places strain on the pool of willingly available Trustees.

The annual trawl to attract sufficient numbers of people to stand for committees is almost the norm. The frequency with which organisations need to hold elections must be dropping, of that I am certain. That raises the question of the competence of those willing enough to be persuaded to join a Committee. That is not to say that there are not extremely competent people governing many organisations. But collectively, how do they know what to do?

In the previous article, the rate of organisational failure in New Zealand was discussed. According to Statistics NZ, 10,600 Charitable Trusts and Incorporated societies ceased operating between 2004 and 2013.

An analysis of 4,200 Registered Charities that disappeared from the register between 2009 and 2014, indicated that collectively, they had attracted during the five (or less) years they had operated before dissolving:

All-up they had spent over $1.5 billion in organisational support and service delivery – before they disappeared.

A significant (indefinable) proportion will have gone belly up because their Trustees were unable to succeed in nurturing them.

It’s an issue that is concerning. There is nowhere Trustees can turn to, to learn the rules of the game, let alone the tricks of the trade. And so, Trustees do their best. That most commonly means however, that Trustees tend to be conservative in that:

The comments are not designed to be critical of the people involved. Afterall, these are amongst the cream of our community – those at least willing to give of their time and talent to help others. It’s more accurately, a reflection of the absence of a framework body of knowledge and skill that might otherwise have them performing their Trustee role differently. That’s the issue – an absence of consistent role specific knowledge and skill.

And, that absence is also likely to be a cause of frustration amongst Trustees themselves. In the absence of consistency, individuals will act as individuals.

We may not necessarily consider this to be a problem … except for one thing. In the eight years since we have had the Charities Database, more than 140,000 named Trustees have ceased being a Trustee of any Charity. Given that the number of current Trustees at any point in time is 176,000, as stated above, that means that we have an effective Trustee turn-over rate of 100% within ten years.

Part of this will be due to the rules of many organisations who made it fashionable back in the 1980’s to limit the term of office of Trustees. Up to that point, it was common that Trustees could remain on a Board or Committee indefinitely. The move to limit terms was a deliberate move to ensure circulation of new blood. Service Clubs are a prime example where office-bearer positions are for a single annual term. More commonly, organisations tend to stipulate a tenure length of around 6 years. Well, that achieves circulation of new blood alright, but at a cost of significant turn-over and the inherent loss of ‘organisational intelligence’ and continuity. Companies don’t change Directors with anywhere like this degree of rapidity.

Many Trustees will move on from working on the Board or governing body of one Charity, to another. However, the figure above is of 140,000 people who in just eight years are now no longer Trustees of any Charity whatsoever. That points to the prospect of frustration.

It's time that those of us working within the sector, stood up for and defended our Trustees by insisting that they be given access to appropriate training to learn the rules of the game and tricks of the trade that foster real effectiveness, efficiency and responsiveness.

It surely fair to say that all new Trustees commence with an attitude of either just wanting to help, or of wanting to make a difference. The issue is how we channel those intentions in ways that are respectful and constructive for the individual, their Board or Committee colleagues and the organisation they serve.

It’s not just about making it easier for us working in fundraising. Beyond the raising of money, there is also responsibility in respect of spending it and husbanding it. And of course, there’s much more to it than finances. Every Trustee should understand that their contribution is more than just willingness to fulfil a role. They need to have the knowledge and skills to make excellent decisions.

In the next column, we will discuss the consequences of inadequate governance and the extent of and reasons for Charities ceasing to exist.

+ Text Size -
Do NOT follow this link or you will be banned from the site!